When you’re looking for a heavy-duty tow tug, there are fewer 4WD wagons under $50k on the new-vehicle market to choose from than ever. What has taken their place is a swathe of 4WD dual-cab utes that not only don’t cost a packet to buy, but offer at least 3000kg of towing capacity.

One such vehicle is the new Mitsubishi Triton. Introduced this year to replace the long-lived ML Triton, the new MQ series also offers a premium grade for the first time. Borrowing its name from the Pajero range, the Triton Exceed is the most luxurious Triton to date.

The Triton has a new Euro 5-compliant 2.4L turbodiesel engine with outputs slightly improved over the outgoing 2.5L. Lighter and with a claimed 21 per cent improvement in efficiency, the new engine supposedly improves torque output by 25 per cent at 1500rpm. 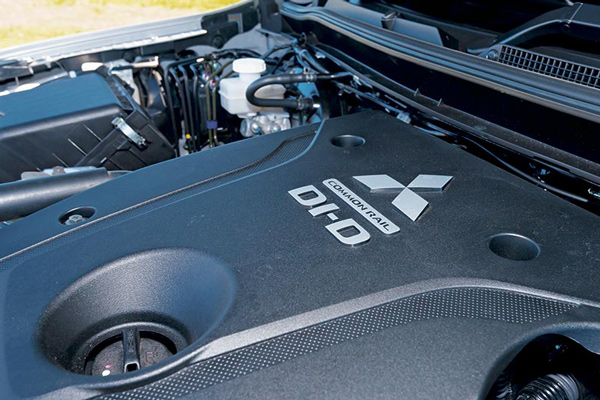 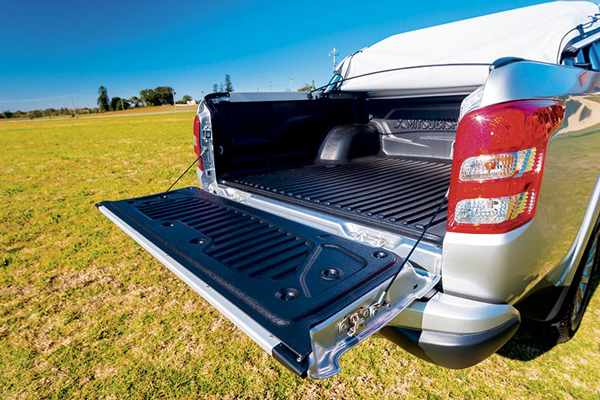 Power is up from 131kW to 133kW and torque has improved from 400Nm to 430Nm. Power is achieved at lower rpm than before, while the torque peak is now higher in the rev range; peak power now occurs at 3500rpm instead of 4000rpm, while torque peaks at 2500rpm instead of 2000rpm.

The new diesel fires up to a typical diesel clatter, which is quelled once it has settled into a cruising speed. The engine suffers from a typical turbodiesel issue – that of turbo lag – despite what Mitsubishi says about improvements at lower rpm. When moving from idle speed to about 1800rpm, response is still muted. This is only obvious when you require a burst of power from low revs – when seeking a gap in the traffic, for example – but once the turbo has spooled up as revs reach the high teens, throttle response is decisive and strong.

The combination of independent, double-wishbone coil springs at the front and live axle, semi-elliptic leaf springs at the rear is never going to provide a lush ride, especially when those leaves are designed to carry a payload of nearly a tonne. Around town, ride is fussy, translating road imperfections with little diplomacy. The seats shake in concert with the road ripples and unused seat belts rattle their clips against the hard plastic side pillar trims. Get out of town and tour at higher speeds on rough roads and the Triton comes into its own, dispatching the worst of road imperfections with more aplomb than you’d expect from a ute.

The Triton has a good turning circle and, unlike a few other utes in this category, it doesn’t require a few bites at it to get in and out of car spaces. Steering is accurate and the Triton corners well for this type of vehicle.

Mitsubishi claims that the new Triton is 21 per cent more fuel-efficient than before, with an average of 7.6L/100km. On test, the Exceed averaged 9.2L/100km solo in a mix of urban and intra-urban driving. On our test, when towing a 2280kg full-size tandem caravan, fuel consumption rose to quite a high figure of 16.2L/100km.

Stability with a van behind was very good, the Triton not suffering any unwanted lateral movement and with only a small amount of fore-aft pitching. The sluggish initial throttle response felt when the Triton was unladen diminished when the van was behind, no doubt because the engine had to spin up more quickly to get things moving and, with a van behind, the engine’s strong mid-range torque came on more progressively.

The large side mirrors suit narrower vans and were not difficult to match up to the towing mirrors we used on them. The only pitfall was that without a support leg attached to brace the towing mirrors, the Exceed’s side mirrors were prone to folding in when they caught a gust of wind. The mirrors’ spring retention appeared quite weak, perhaps intentionally to better suit their electric fold function.

The new MY2016 MQ Triton is a definite step forward from its predecessor in space, equipment, handling and performance. The towing capacity is up and the addition of trailer sway control to its suite of safety features is also a definite plus.

The full test appears in Caravan World #542 October, 2015. Subscribe today for the latest caravan reviews and news every month!