Campsite cradles can inspire a lifetime of adventures, which is how the Kokoda Cadet II Xli Platinum earned its spot at Caravan World’s Best Aussie Vans for 2017. Capable of a little rough and tumble, the Cadet pays it forward with room for the crew and ample mod-cons to ease tensions when touring gets tough.

But has it got the full kit to deliver its promise? Only one way to find out.

I walked away from judging the cadet thinking “geez, that’s a great overall package, especially for the price”. I mean it’s not setting any new records in terms of technology. It’s not gold plated with flashing disco lights when you open the door, but it is dependable and obviously built with the average Aussie in mind. In fact, I reckon that’s exactly why Kokoda are so popular in the land of Oz to be honest. 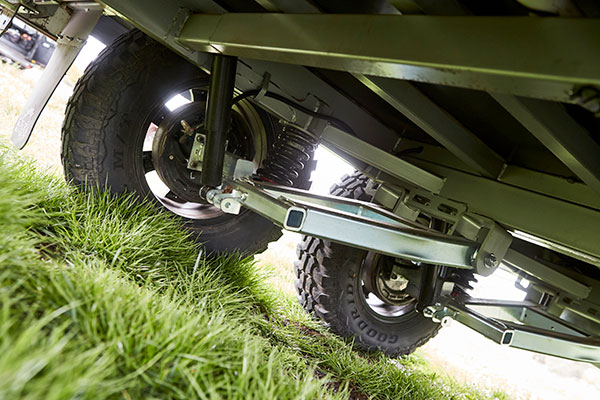 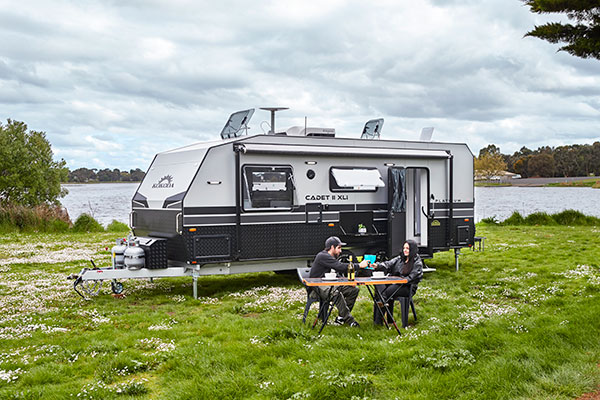 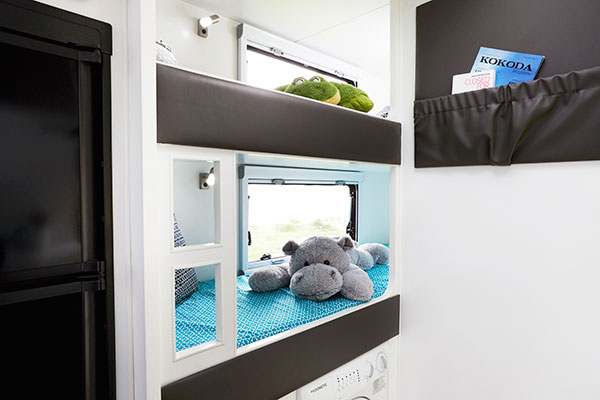 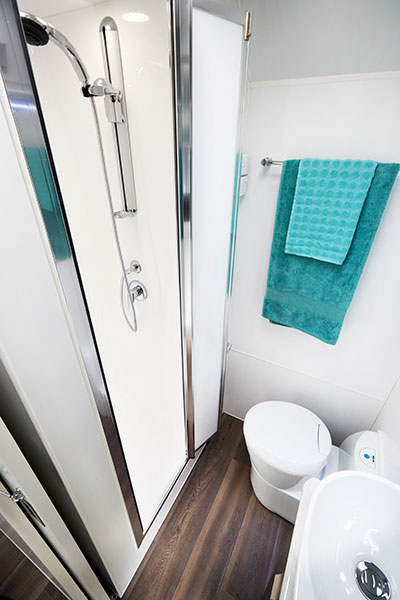 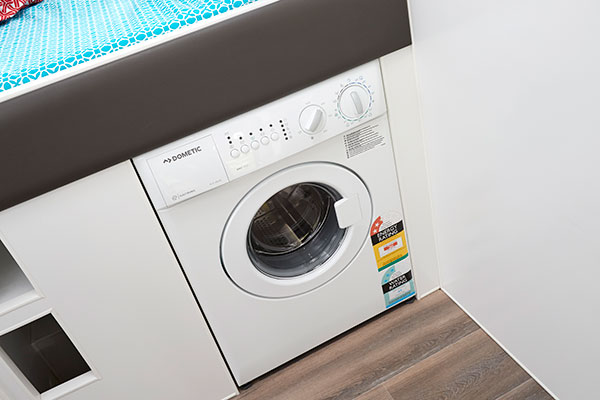 The cadet is informally classified as an on-road to semi off-road model. So basically it’s an on-road model that sports a bit more ground clearance thanks to AL-KO’s Enduro Cross Country suspension, which is a proven semi off-road independent trailing arm design. So in short, it’s perfect for popping into the local national park to find that perfect camp down a gazetted road, but I wouldn’t be pounding the corrugations with it if that makes sense. Being a primarily on-road model it’s got a few pipes and bits and pieces hanging down low and a lighter duty construction in general to an offroader, but it suits its intended purpose just fine. It does have a DO35 offroad coupling, a 6in DuraGal chassis and A-Frame and a meranti frame with aluminium composite panels, so put simply – it’s got the proven goodies to make a great overall caravan.

Representing great value for money, the Kokoda Cadet II Xli Platinum is a 21-foot semi-offroad family van that is bound to impress both from the outside and once you walk into it.

This van is built on a 150mm DuraGal chassis. The unit rides on AL-KO 3.3t single shock dual-axle independent suspension backed up by AL-KO's well received Electronic Stability Control. Finishing off the ride package are 15in wheels shod with offroad rubber and backed up by 12in brakes all round.

Wall construction includes a meranti frame with aluminium composite cladding and insulated throughout. The bottom section of the body is coated in tough looking checkerplate, which will keep stone damage from those offroad runs to a minimum.

Inside, the Cadet will sleep five with a queen-size bed at the front and two bunks and a table that drops down to a bed. As you walk through the rear located entry door the bunks and a washing machine take up the far side while the shower and toilet area are along the rest of the back wall.

The central located kitchen with the club lounge opposite makes the most use of the available space and includes a full oven, three gas burners and one electric hot plate stove, a microwave and a 185L three-way fridge. Outdoor living is enhanced by the outside barbecue as well. There's a wide range of storage options in smart looking cupboards while benchtops are rolled laminate.

For entertainment there's a smart TV, a stereo radio system and Wi-Fi for all your internet needs, while off-the-grid living is extremely well catered for allowing you to head off around Oz with nary a care in the world!

The Cadet is a bit of a surprise because from the outside it looks like a conventional layout but inside it’s well and truly set up as a family complete with an island bed for mum and dad plus bunk beds for the junior members. One of the reasons for the deception is that the bathroom is set up a little differently. Instead of being being parallel to the bunks, it’s set across part of the rear of the van with the bunks in the opposite corner, partially enclosed by the bathroom wall.

That still works of course for a family who like to have on-board facilities. Whilst the club lounge along the nearside wall looks very inviting to sit down and relax, I suspect that a cafe dinette might be more spacious for a family.

At just under $64,990, the Cadet  is priced similarly to its contemporaries in the marketplace. On the weight front, it’s Tare mass of 2620kg and ATM of 3300kg give a handy 680kg of payload. There is plenty of general storage both inside and out which means it’s great for a family who like to take along lots of gear but that would also mean a substantial tow vehicle.

The Kokoda Cadet II XLi Platinum is a quintessential home-away-from-home while on the road.

And most importantly, the kids can actually ‘meet the parents’.

The Cadet II XLi Platinum is badged as an on-roader, but it also cuts the mustard in semi-offroad parlance.

For starters, it comprises a tough ali-comp and high-checkerplate armour all-round, and a sturdy 6in ARV DuraGal chassis. And it rides on a robust 3.3T AL-KO Enduro Cross Country suspension and heavy-duty offroad tyres.

Additionally, this versatile Kokoda has the capability to take the family away from powered sites.

Family comes first in this Kokoda, and that’s highlighted externally by a double bike rack on the high-checkerplate rear wall, an entertainment hatch, and a slide-out barbecue.

And the ‘smart living’ Kokoda is totally up-to-the-minute in the high-tech department.

There’s plenty of internal emphasis on family due to its Smart intel system consisting of a RV WiFi setup (your choice of Australian data providers), which provides connectivity with your loved ones.

There are also USB points in each bunk (both with windows) and in each bedside niche in the main bedroom.

And I also liked the sensible location of a 3kg Dometic front-loading washing machine within the double-bunk arrangement, along with a storage unit nearby.

This van will take any family to most of Australia’s favourite destinations, in comfort and luxury.

The full feature appeared in Caravan World #570. Subscribe today for the latest caravan reviews and news every month!