There’s a lot to appreciate about living in Australia’s southern states, but Victorian winters bite hard. The older I get, the colder the winters become. I’m not alone, either. As autumn fades into the depths of our cold months, our nation experiences a massive migration of us Mexicans, (from the southern states) to warmer northern climates. I recognise that some like the cold, and there is something to be said for rugging up around a warm camp fire or pot belly stove. But snow? Who needs the cold, wet slop? Not me! Give me the glow of warm sunshine any day.

Even if you battle the cold, your chances of angling success are mostly reduced. Fish can get lazy in cold water, conserving their strength until the oxygenated water of the snow melt brings refreshed life. 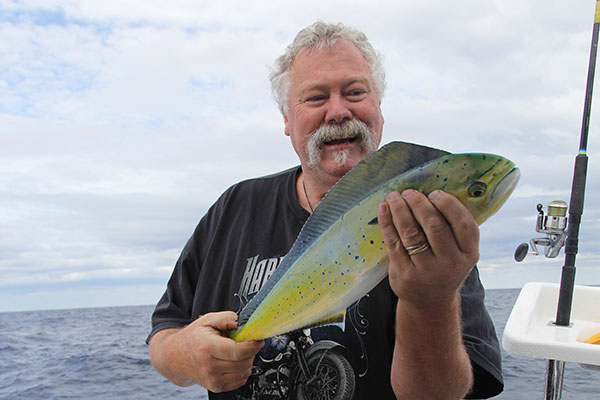 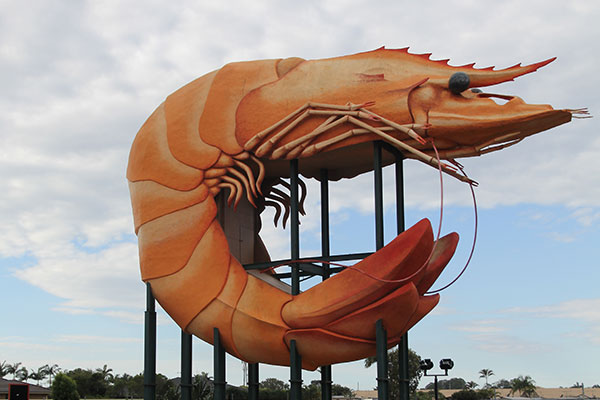 Hardy fishos still brave our frigid inland lakes in search of trout and cod. In the saltwater, our mainstay snapper and whiting have mostly left the building. There’s bream in the estuaries and coastal rivers; salmon if you dare brave a surf beach, a few gummies, the occasional resident snapper, as well as the annual southern bluefin tuna run offshore. However, that’s mostly big seafaring boat stuff and not the bread and butter targets of the majority of camping nomads.

Winter is when our interests lay northward. In the far north, keen barra devotees load up the rigs to capitalise on the run off after ‘the wet’. Some take caravans with roof-top tinnies and others self-contained slide-ons, towing rugged 4.3-5m tinnies capable of long range exploration.

Further south, away from the crocs, many nomads use small roof toppers with loaders and portable trailers. Some have kayaks and folding porta boats, and many are simply bank and surf fishos keen to be invigorated by the sun filled fountain of youth.

As winter began, I took the opportunity to travel north to join some friends for a jaunt around the northern rivers of New South Wales. I figure that you can sit home and get depressed in your winter hibernation, or you can get out there and enjoy your life. I’m reminded of an article about one of history’s most successful businessmen, Apple’s Steve Jobs, who declared in his dying days, that even with all his money and success it hadn’t brought him inner satisfaction. He said, “My favourite things in life don’t cost any money. It’s really clear that the most precious resource we all have is time.”

It seems the penny has dropped. Caravan and holiday parks on the north coast of NSW and right across the top end are full of southern nomads warming their bones. For many, it’s golf, maybe bowls, for some it’s bird watching, fossicking, bush walking or simply enjoying the exploration and relaxation. For me, fishing takes me to beautiful places with nature on show, and opens doors to friendships old and new.

My companion flew in and picked up a lovely Cruisecraft Outsider 595 Hard Top fibreglass boat with a Nissan Navara as a towing vehicle. They were simply magnificent. We stayed in a few holiday parks with the highlight being the tremendous level of facilities and hospitality we enjoyed at the Ballina Discovery Holiday Park. It was a terrific central location to explore the northern rivers.

The sheer immensity of the Tweed, Clarence and Richmond Rivers begs exploration, and they are but a sample of many on the north NSW coast. We had a beautiful sea-going rig at our command, yet a small rooftopper and a hat is really all you need. You really never see a place until you experience it by water. We did catch some fish, but nothing startling as we really didn’t try that hard, engrossed by the beauty of the large waterways. Offshore from the Gold Coast, my friends were dipping into a good run of striped marlin, but we couldn’t find them and instead were quite content being up close and personal with the herds of migrating whales that seemingly wanted to play.

It was the river systems that really enticed us. I kept on breaking out into Old Man River in my deepest baritone, but I’m still bearing the bruises from my unappreciative audience. Slowly navigating these immense rivers had me imagining Huck Finn on a lazy raft, escaping the troubles of the outside world. We stopped from time to time, throwing a lure or bait to the intense arches that filled our sonar. We got a few little ones but let them all swim home to.

We cruised upstream through bordering cane fields where my repertoire changed to classics from Jimmy Barnes (Cane Fields) and Gang Gajang (Sounds of Then – This is Australia), but the bruising intensified. Tumbulgum on the Tweed had a terrific old pub with a mooring, as did Wardell on the Richmond with its famous great pie shop. The pub featured a red kelpie and mammoth Bundy Bear as drinking companions.

We really didn’t get that far up the Clarence as we were waylaid by a couple of old mates. One was intent on trying for mulloway on the break walls in the Cruise Craft, whilst I abandoned ship to my friend’s cruiser with less serious angling attitude, and with many years to catch up on. We all met for a late lunch mooring at the Yamba Shore Tavern before retiring to a genteel inlet, fishing through another glorious sunset. We had some live herring smashed by some unseen piscatorial hoodlums that never hooked up, possibly tailor or soapy mulloway, but we weren’t disappointed.

There’s a million tales of tomfoolery and bad sportsmanship that go hand in hand with any fishing trip, but the real stand out was the mateship, the wildlife, the riverside beauty and the immensity of cruising these iconic Australian river systems all in the name of a fishing trip. We are living testament to the fact that you don’t have to be catchin’ to be fishin’. One of the greatest wisdoms ever imparted on me was the saying “life is no dress rehearsal, so get out and live it!”