Caravans of the Future

“I think of artificial intelligence as any computer system that can come up with clever answers to tricky problems by itself,” said Adam Berry, Associate Professor and Deputy Director of the University of Technology Sydney Data Science Institute.

“It is behind what Netflix recommends you watch next, how Siri understands what you’re asking, and how your phone can tell you how long it will take you to get to the nearest petrol station — which is pretty important when your fuel gauge is hovering about the red line.”

David Tuffley, Senior Lecturer in the School of Information and Communications Technology at Griffith University, said that artificial intelligence (AI) reflects the ability of technology to complete human tasks and operate like the reasoning human mind. 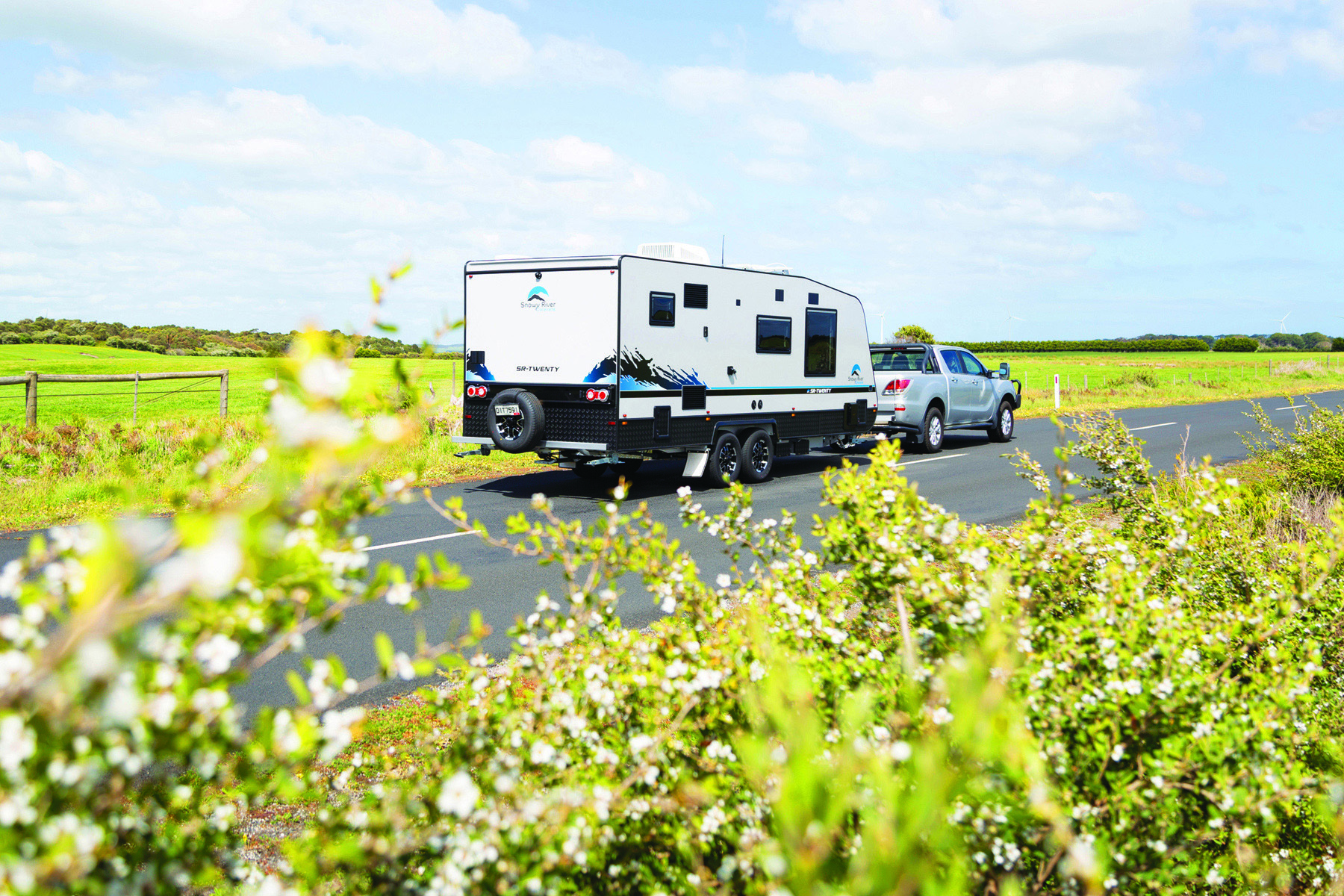 “AI is tech that emulates the way that humans think and solve problems,” he summarised.

But what about the Internet of Things (IoT)?

Berry says that IoT is just a fancy way of describing that lots of different things — big and small — can communicate over the internet now.

“Temperature sensors can transmit how hot your engine is running. Your washing machine can now send you a little message when it is done,” he said.

“All of this is because those devices and sensors can speak the language of the internet, and it means we now have an amazing ability to collect lots of different information from all sorts of devices and to control them remotely.”

Computer chips of this sort are more common than many people know, according to Toby Walsh, Laureate Fellow and Scientia Professor of AI at University of New South Wales and author of the fascinating read 2062: The World That AI Made.

“Everything nowadays has got a computer in it,” he said. “Not just your smartphone, but your toaster, your thermometer, your front door, bell, front door lock. Everything.”

Imagine all of this, but stored online in the cloud

HOW COULD THESE TECHNOLOGIES CHANGE VANS?

Michael Milford, Acting Director of Queensland University of Technology Centre for Robotics, told Caravan World that changes brought about by AI and IoT could be monumental to both driving and indoor living.

“[We could see] aspects of autonomous driving and higher-level assisted driving, including issues that are specific to caravans such as automated surveillance of low visibility spots. Also, better driving safety systems for the unique dynamics introduced by caravans and towing vehicles.”

“Robots and intelligence devices with IoT connectivity could potentially help automate parts of life in a caravan,” Milford continued. “This includes monitoring of resupply issues, and more ambitiously, even assistive robotics that help with cooking and cleaning within the caravan, or that enable people with mobility and vision impairments to continue caravanning, who would not otherwise be able to.”

Berry said AI systems that assist with safety already exist, such as those which automatically detect road markings and provide warnings when people drift over lanes, and he believes AI and IoT can achieve so much more than this.

“Imagine a system that can automatically detect if you doze off for a second,” he enthused. “Or a piece of intelligent software that can look at current weather conditions, your vehicle load and the type of road you are driving on to provide in-the-moment hints and tips about safe speed levels or high-risk areas where you should be especially careful.”

“In the future, things could get even more exciting; systems that automatically learn the behaviour of other drivers, so that your vehicle can pre-empt any potentially dangerous actions.”

Berry said that AI could also deliver a range of leisure and convenience features to the RV community. “AI could draw on real-time parking information, historical trip behaviour of other RV drivers and live traffic demand to give advice on where to find the best parking spots right now.”

Walsh said that precise and automatic temperature regulation based on preferences would be a potential benefit, but said he would like to see these technologies brought to bear more on batteries.

“On a boat or in a van, a lot of time is spent managing your batteries, charging them up, switching things off,” he said.

“In the future we will be able to rely more on the smartness of these technologies. They’ll help you manage the power better. They’ll be more carefully monitoring how the battery is draining, switching things off when they’re not being used, running devices more efficiently. People themselves will have to do less and less monitoring.”

Today's safety technologies may be fast replaced with newer models

WHAT ABOUT CHANGES TO HOW WE TRAVEL?

David Tuffley drew an analogy to explain the potential benefits for those travelling Australia.

“When someone is walking around the shopping mall, it’s getting to the point where they may get a push notification saying: ‘Hey, we know you like something, there’s a deal for it over there’” he said. “If there are caravan parks and tourism operators who want to attract interested travellers to themselves, then the tech can theoretically notify travellers about special deals they might want to know about.”

Cash savings may also be on the cards, Tuffley added.

“From an insurance point of view, companies are moving towards being more targeted in the way they build premiums,” he said. “If a customer has these smart features built in, their premiums may be lower.”

“AI online will help match tourists with better deals and better holiday experiences based on their preferences, and can automate finding the best prices and deals,” Milford stressed. “IoT devices may enrich the vibrancy of many tourist experiences, providing more ways for tourists to interact with, play and learn from the various environments and places they visit.”

According to Berry, the possibilities are endless and are limited only by creativity.

“AI could even find the perfect playlist for where you are driving right now, based on the time of day, weather conditions, natural environment outside and your end destination,” he said.

It will even help us as a society make better use of data that’s already available.

“There is so much online commentary about what people love and hate about different regions, attractions, events, and tourist services,” Berry said. “At the moment, that information is really hard for operators, councils and governments to use — unless you want to hire an army of people to read over Twitter every day.”

“But with new AI that is capable of reading and understanding text, we can automatically collect all of those opinions up, summarise them, and turn them into reports that people in the tourism sector can really use.”

WILL IT WORK OFF THE GRID?

As it stands, many of these technologies require a lot more grunt than is available on a device, Walsh said.

“A lot of things happen in the cloud, so they need a Wi-Fi connection,” Walsh said. “For example, when you’re speaking to Siri, it requires AI. That doesn’t happen on your phone. That happens on Apple servers and the cloud. The phone doesn’t have enough capacity.”

However, Walsh stressed that devices will become more and more capable in their own right.

At the same time, a connection will become more readily available wherever you are in Australia, said Tuffley.

“Google, Facebook, and Elon Musk’s group are putting up huge swarms of communications satellites into low-earth orbit,” Tuffley said. “Within a couple of years this will bring internet connection anywhere in the world ... Wandering around in the wilds of Antarctica, you’d still get a gigabyte.”

Meanwhile, Milford was optimistic that these technologies will be able to work completely off the grid, provided processing and AI occur locally.

“This means there has to be some source of local power, and enough computer power to run the systems successfully,” he said.

Will the caravans of today appear like this to us in the not-too-distant future?

IS THERE ANY RISK?

Walsh said that your devices are increasingly collecting data and sending it back to the manufacturers of those devices.

“When you click on terms of service, you’re often agreeing to performance data and use data being returned to manufacturers to use it for their purposes,” he said.

“Your readers may find that creepy!” he told Caravan World, before launching into a spine-tingling anecdote.

“One case that we know about was when people bought these robot vacuum cleaners. They were mapping people’s homes. They’d know where things are inside your house. This allowed the vacuum to better vacuum your home, but the maker also kept the data to sell to other people, such as carpet manufacturers, unconnected to the process of vacuuming!”

However, data collection isn’t necessarily sinister. If used correctly, data about real-world use by real people will eventually allow manufacturers — including caravan brands — to enhance their products, said Berry.

“[This data] could be amazingly valuable for building better caravans that are tuned to the way Australians tour in them,” he said. “The key with this, and really any other data-driven technology, is to make sure people are aware of what data they are giving to whom, how it is going to be used, and the risks and benefits associated with its use.”

Tuffley was not fearful about data use provided data is anonymised and can’t be traced back to individuals. He said that most people are okay with data collection of this sort if it will lead to a better service down the track.

Meanwhile, Milford stressed that these “opportunities and challenges” aren’t unique to caravans and that we can “expect to see many of these problems solved in other areas, with the learnings then applied in this specific field.”

WHEN WILL WE SEE THIS TECHNOLOGY IN VANS?

We can expect AI and IoT technologies to boldly enter the caravan market soon, according to all four experts. Berry said there’s no need for these technologies to be too expensive to be implemented into caravan manufacture and packaging.

“Over the next couple of years, expect a lot of affordable AI technologies to be entering the RV market,” he said. “It is mostly a mix of software and lots of data, both of which can be really cheap because you don’t need to manufacture complicated new hardware. No moving parts equals lower cost!”

“There is lots of work to build the smarts behind them, but once done, they can be deployed really cheaply. Just think about the Google Home Mini — it’s about $30 and can tell you smart things about pretty much anything you ask. A few years ago, that was science fiction, and now you can get one for the price of a good pub meal.”

Walsh pointed out that history boasts many instances of new products that were initially expensive undergoing a huge price drop, citing panel TVs as a prime example.

“Once [these products] become available, economies of scale will come into place and prices will plummet exponentially over time. I don’t think it will be that many years before we start seeing these things turn up not just at home, but in our cars and our caravans too.”

Tuffley said we may not see world-rocking changes, but instead, an expansion on current trends given that the types of products are already here in their early prototype form.