John Ford — 2 July 2020
Both caravan ride and safety are essential, and this legendary Aussie company has an innovative suspension that addresses both

Innovation is a crucial feature in all our caravan reviews, so it’s time we shed more light on a significant Australian-owned and manufactured product that adds to the safety and ride of any tandem axle van.

In the first major innovation from the stoic Victorian company in a while, Simplicity Axles’ latest take on their load sharing suspension features coil springs. Called LSC — standing for load sharing coil — the addition of a coil option alongside the traditional leaf spring version has brought quite a transformation. 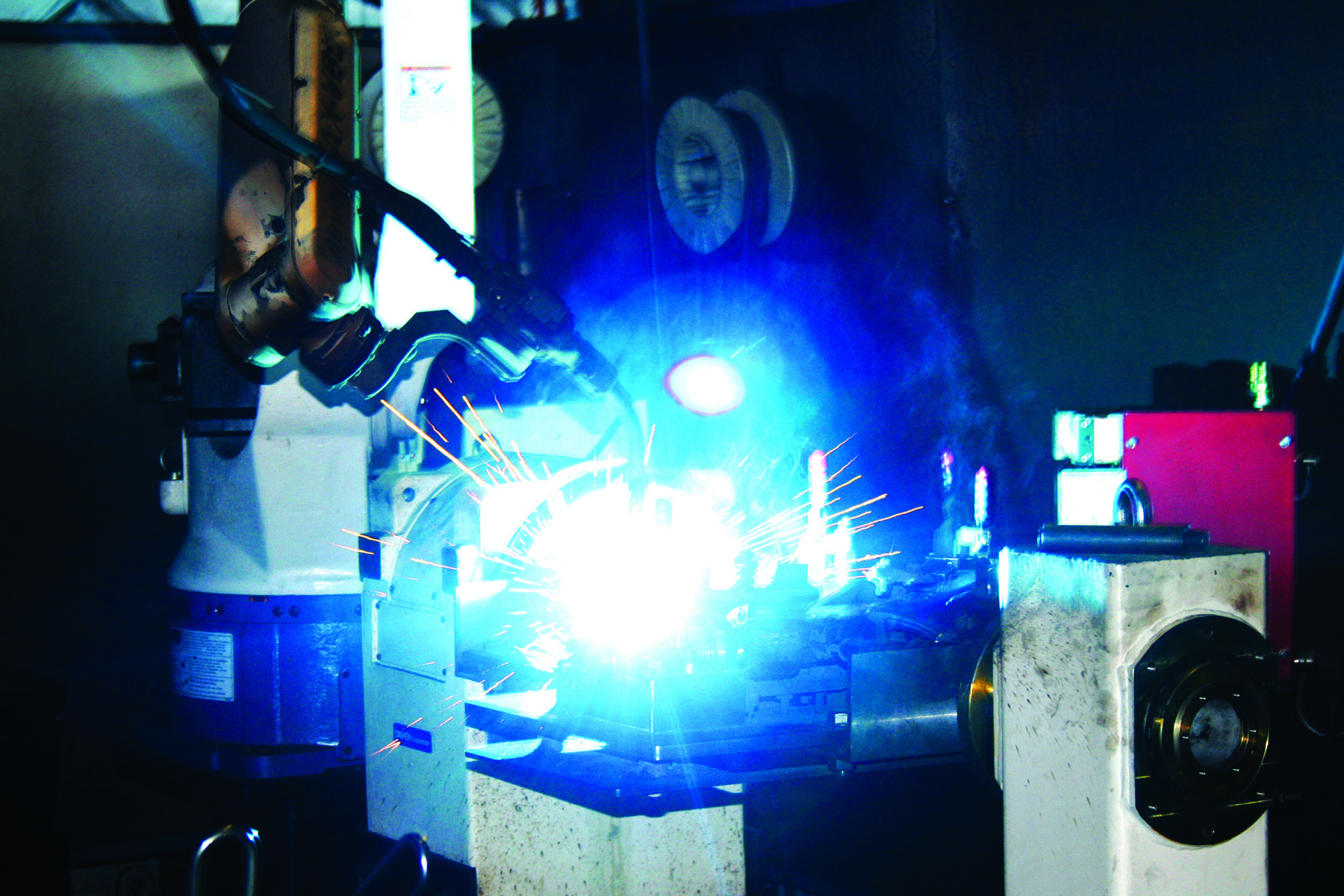 As part of NP Hauffe and Company, Simplicity Axles has been making caravan suspensions as well as industrial and military trailer underpinnings since 1974. Started by Norm Hauffe in 1956 in his parents’ backyard in Regent, a factory was opened in Reservoir as a general engineering business, before the company moved to Epping, Vic, in 2002 — a deliberate relocation to the centre of Australia's caravan manufacturing hub. They’ve been there ever since. At 88, Norm still works at the factory, but these days it’s a family affair with son Nevil managing operations.

By 2015 Simplicity Axles was building a full range of trailer suspension systems through their Smart Coil tandem and single independent systems, leaf-sprung load sharing and single leaf-sprung units. One advantage of their products is that they are supplied complete and ready to fit, making fitting time and cost for the chassis builders quicker and cheaper.

Their Smart Coil system is different from others because the springs are larger in diameter and conical in shape. The larger diameter coils take the smaller impacts, and as the load increases, smaller coils become progressively active, providing better ride quality and stability.

The Simplicity Axles team use these progressive rate springs across their entire range. A well-designed spring can be softer unloaded and stiffer loaded, a significant win for the trend of ever-increasing payloads.

If necessity is the mother of invention, then Simplicity Axles’ Coil Load Sharing suspension was born from problems with shock absorber failure over rough roads.

The Achilles heel of most suspensions is the shock absorber, because full articulation or travel is seen in the shocker, which can become the primary failure point.

Recognising this deficiency, Nevil and Norm conceptualised, designed, tested, trialled and manufactured their new system over a year, which they patented and brought to market in 2017.

THE LSC IS BORN

According to Nevil, the main benefit of his load sharing systems is that articulation of the suspension is totally separate to bump loading. The only thing the shock absorber does is control the spring rate. It doesn't control and isn’t impacted by the articulation of the wheels. This takes the workload off the shockers, which dramatically reduces the potential for shocker fade over corrugations and similar terrain.

The new system has a central crossbeam bolted to the chassis with a leading and a trailing arm coming off on each side. Sitting across the top beam is a link arm, which connects the two arms and pivots in a heavy-duty nylon bush that has a steel inner and a nylon thrust washer either side.

The coil spring sits on top of the arm and positions into a bucket on the end of the link arm, so all the force is vertically up into the link arm. The shocker is located through the centre of the coil, so it works at its most effective angle.

Underneath the arms is a rebound rocker so that if the suspension becomes airborne, it comes down and sits on the rebound stop instead of hanging on the shockers.

As the suspension articulates and, say, the front arm goes down with the wheel travel and the back arm goes up, it doesn't put any additional load on the spring because the link arm oscillates with the arm. The only time the spring compresses is through impact or on harsh undulations, and all impacts are shared evenly over two spring and shocker assemblies.

As you might expect, the suspension is exceptionally robust. The link arm is a trussed steel taper flange beam fabrication. It looks a lot like a truss you would see in your ceiling, but in an L-beam shape with fully welded strengtheners running in a zigzag along the truss. Each arm is 75 x 50mm box-section steel, and the stub axles can be optioned up to chrome-moly 4140 steel, which provides a 50 per cent increase in shear strength.

All Simplicity 2600kg Smart Coil and 2500kg leaf-sprung single axles, as well as all tandems above 4000kg, are fitted with chrome-moly stub axles as standard, and such stub axles can be optioned onto all other models. Brake components are locally sourced, and replacements are readily available. Every joint is bushed and features seriously heavy-duty fixings.

In a conventional system, you can have 80 per cent of the load on the front spring and 20 per cent on the rear. They have little give and cannot pass on any load to the other wheel. The LSC shares the load, so the wheels stay in contact and follow the road surface, going up and down as required. It’s only in extreme situations that a wheel could leave the ground.

In a non-load-sharing set-up, if you go over a significant obstacle, the spring compresses until the compression point lifts the van and the other spring unloads. With the LSC, the load transfers from one to the other, front to back with a constant loading on both springs. One wheel goes up, the other wheel goes down with no load on the shocker.

IT’S ALL IN-HOUSE OR TOP QUALITY

Virtually all components, including brake drums and hubs, are built in-house. Robot welders and laser cutters faithfully reproduce components from Australian steel. For special chrome-moly parts, the team has developed techniques for welding, using special induction coil heaters to prepare the steel. All Simplicity hubs have quality Japanese bearings, and the shock absorbers are from Ultimate.

Because it comes complete and ready to fit, costs for an installed LSC system should be similar to competitors. As an example, the retail (over the counter) price of a 4T LSC setup is $4500, which is in line with the installed cost of a similar spec tandem trailing arm coil system. To the trade, of course, the cost is significantly less.

The Simplicity Axle load-sharing leaf spring system has been in the market for 30 years and has many examples in mining and military, so they have a good handle on the life cycle of parts and know if anything is a problem.

To give an idea of the reliability of their components, Nevil quoted an example. A major wear point of any suspension is the pivot arm bush. Norm developed Simplicity's maintenance-free bushing system in the '80s, and it's still used in all Simplicity systems. Of 30,000 units sold they have perhaps four or five requests a year for a new bush from industrial applications that might have covered 200,000km, which is a pretty remarkable achievement.

It's also worth noting that every suspension produced at Simplicity Axles is stamped with a serial number and its capacity as GVM or GTM, which is referenced to their records for after-sales backup and part identification.

When talking to Nevil about the LSC system, he stressed that safety was a significant consideration with modern caravans. These days a caravan can be bigger and heavier than its tow vehicle, and the combination can be affected by wind and the high centre of gravity of offroad vans.

Stability is essential, and in many cases, the shock absorber plays a significant role in reducing the momentum of the unloading of the spring left to right, causing instability. Ensuring your shock absorbers are working efficiently helps with this problem.

Braking is also paramount, and the LSC keeps tyres firmly in contact with the terrain. The LSC suspension helps with safety issues, so as well as delivering a softer ride, it can help keep the van on the road and not in a ditch.

IN THE REAL WORLD

When Tim van Duyl reviewed a Bushtracker 24 equipped with LSC back in issue 596, he was full of praise for the suspension and reported that the articulation of the system is unparalleled. He found each wheel has the ability to absorb a bump or lower to a falling surface like traditional independent systems, but with a difference.

He went on to say, “As a wheel either rises on a bump or falls to a dip, the other wheel on the joined side reacts in the opposite direction. For instance, should you be driving through a dry river bed like we found in our Flinders-Gammon Ranges trip, and the front wheel is compressed up the bank, the pair of wheels pivots with the front rising forcing the rear down. The amount of travel is impressive with the wheels able to fully fill the wheel arches or drop an astonishing amount, keeping the wheels in constant contact with the ground. And it is here where the benefit lies.

“Inching down steep surfaces requires a good braking system as well as good tyres. The 24 has both, of course, but they are useless if the tyres lose contact with the ground. With Load Sharing from Simplicity, you are assured of better contact with the ground giving more grip for braking and, ultimately, a safer tow.”

Much of Simplicity Axles’ success is customer-driven. Owners of vans who have experienced the brand's reliability in the past are asking for the new LSC system to be installed on their new rigs. In a survey of the first 100 units sent out on finished vans, there was 98 per cent positive feedback and one unhappy response was sourced back to the tow vehicle.

Simplicity Axles make tandem LSC systems for vans and trailers ranging from 2.5T up to 4.4T, and they work just as effectively with on and offroad applications. For more information check out the website simplicityaxles.com.au or send enquiries to info@simplicityaxles.com.au