There’s an undeniable mystique about Australia’s desert heartland. Sitting in the far western corner of Queensland near the South Australian border and on the edge of the magnificent Simpson Desert, the town of Birdsville embodies this outback ideal. Remote, weather-beaten yet determined to survive, it’s an Aussie traveller’s rite of passage.

“Birdsville itself as a tourist destination is like one of the last frontiers,” says Ben Fullager, Manager of the iconic Birdsville Hotel. “It is still a very long way from anything and when you arrive here you feel like you have achieved something.”

Adventure enthusiasts and RV travellers have gravitated to Birdsville over the years, and it’s now easier than ever with only about 60km of dirt road to cross if traveling via Bedourie, although many offroaders prefer the bragging rights of landing via the rugged Birdsville Track up through South Australia. 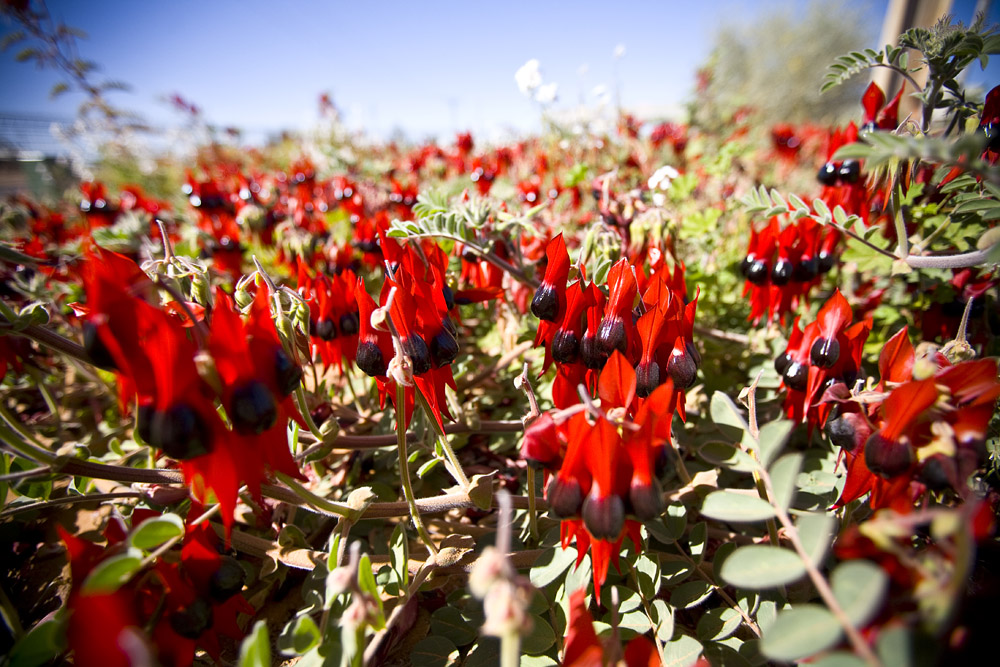 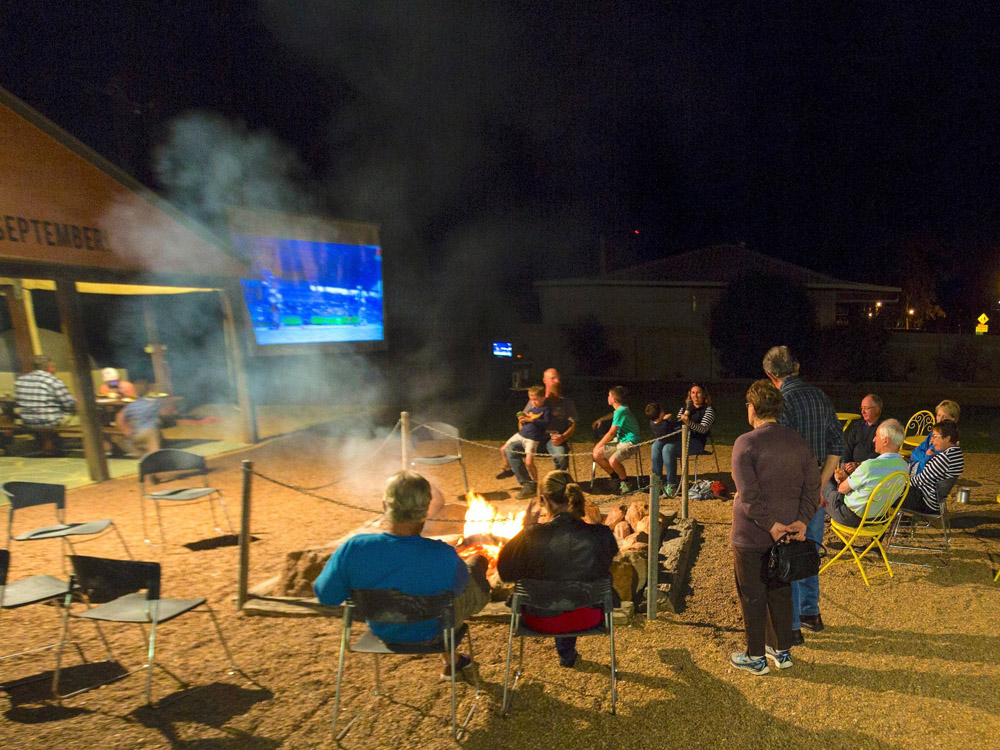 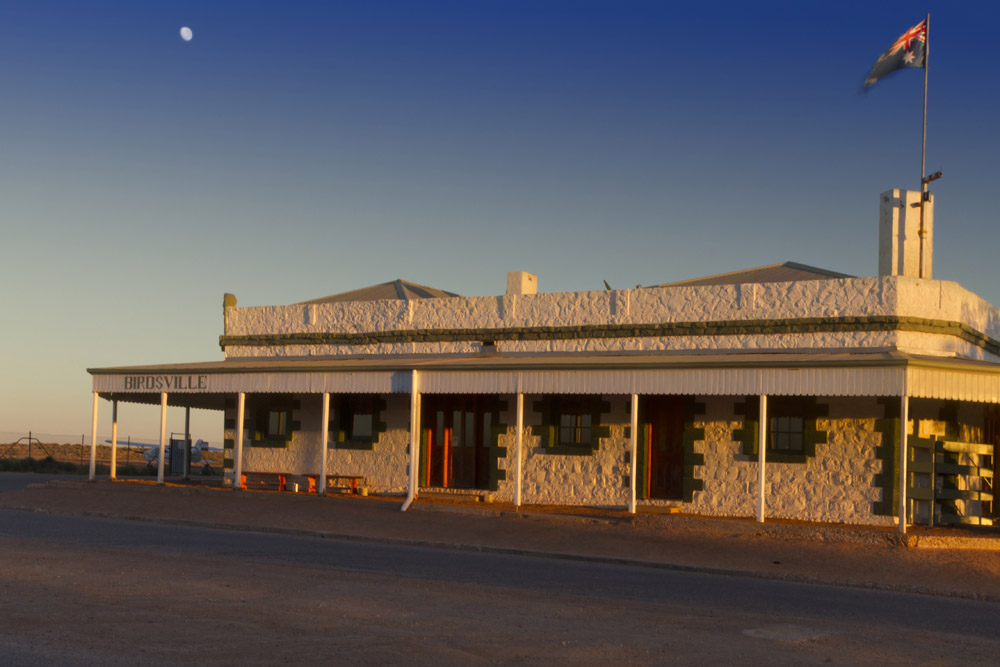 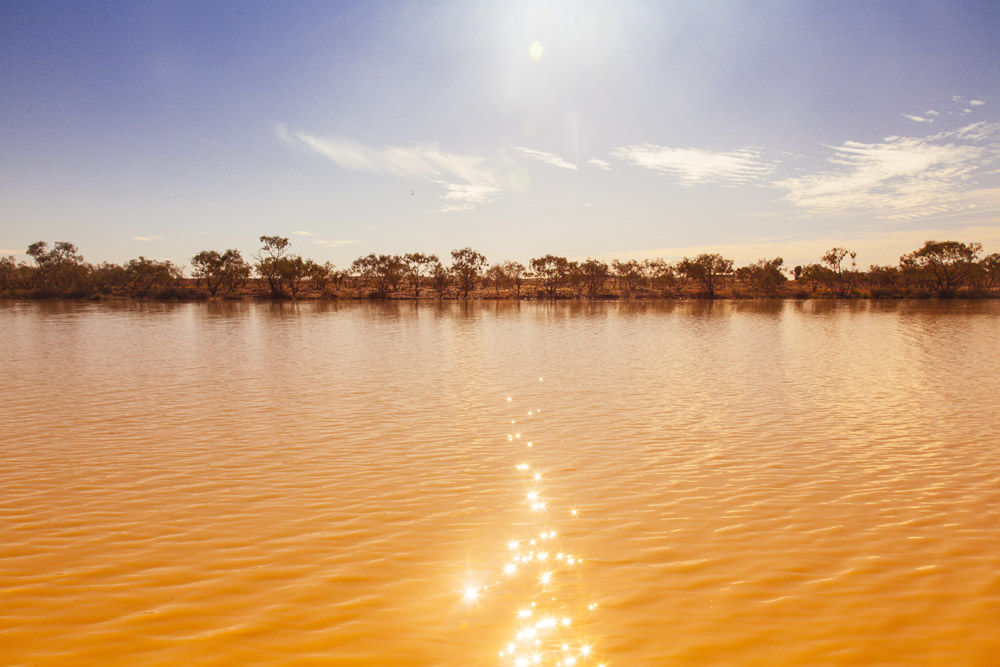 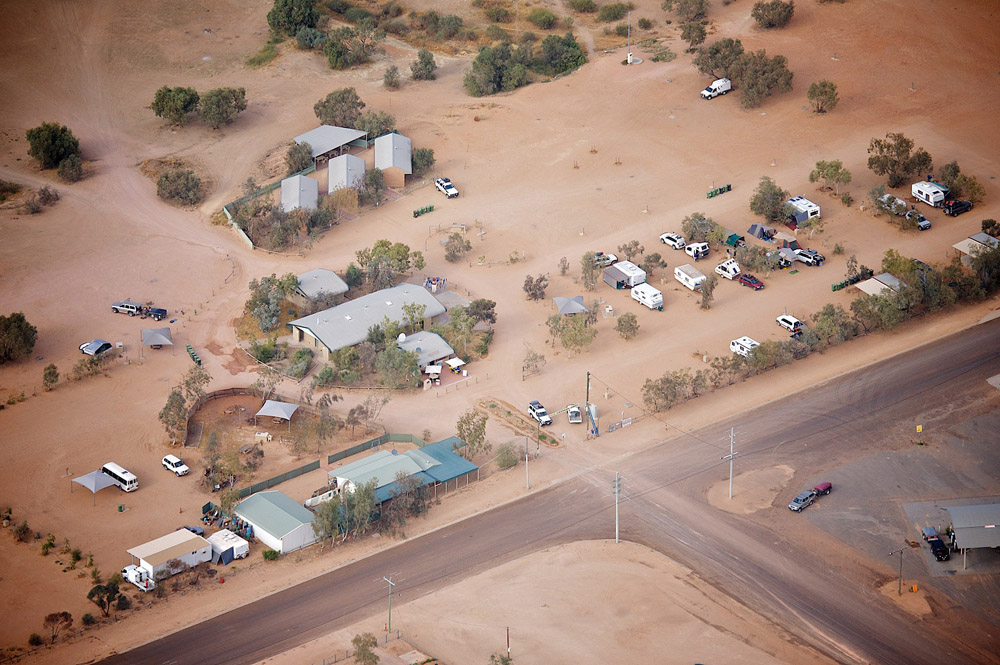 Jessica Greenaway, Tourism and Event Manager with Diamantina Shire Council, says the town attracts adventure tourists in 4WD vehicles with caravans, motorhomes, families and Grey Nomads. And, with all roads accessible by two wheel drive vehicles, there is no reason why anyone couldn’t be planning a Birdsville road trip.

“Birdsville is the launching ground for many visitors, whether they are visiting the desert, or taking a trip to Lake Eyre or a short cut up to Alice Springs,” she says. “It is a land of extremes and there is no other place quite like it. It really is quite alien to visitors that come here to experience our desert lifestyle.”

The Wangkangurru-Yarluyandi people are the custodians of the land, and European visitors arrived around 1844. Burke and Wills even set up camp here in 1860.

What began as a toll point for drovers of cattle and products between the states before Federation has morphed into a thriving township and community. It’s the beating heart of the immense Diamantina Shire which is 95,000 square kilometres — twice the size of Denmark. There are only 320 people within its boundaries, with about 120 of them calling Birdsville home, but it boasts 14 cattle stations with stock surviving on grasslands and saltbush. These are fed by the region’s three main rivers: the Diamantina, Georgina and Cooper, which give it the name ‘Channel Country’.

Rains from the north nourish these systems — sometimes a little too much as is the case right now. But that’s great news for tourists because once the water recedes, the dry land will bloom in a sea of green as the water flows down to fill South Australia's famed salty basin that is Lake Eyre, in what locals are calling a twice-in-a-lifetime event.

It’s fair to say there has never been a better time to visit this iconic town and the surrounding region.

Birdsville offers two iconic major events, the Big Red Bash music festival in July and the Birdsville Races in September that see the town bloat from a tiny population of 120 to between 6000 and 10,000.

But these don’t just define the town. In fact, travelling outside of these times offers the best chance to see what the ‘real’ Birdsville is like.

“The thing is, when 10,000 people drop in for lunch it gets hectic,” says Martin Josselyn, owner of the Birdsville Bakery and Desert Edge Tours. “But when you are here during the other times, it is casual and laid-back, you can get in to the pub and get a drink, you can talk to the locals and really get a feeling of the history of Birdsville and experience all of the good things that are out there.”

Here are some of the top reasons to visit Birdsville for a more relaxed experience.

Every country town has one, and in Birdsville, the pub is a living, breathing icon. Built in 1884, it has withstood harsh summers, fire and flooding, and is a veritable oasis. Thousands of travellers, a few Prime Ministers and even a Governor General have pulled up for a beer at the front bar, and Fullager says it’s a major bucket-list goal.

“I see people walk in here who aren’t even beer drinkers but they have a beer — it’s one of those things they want to tick off,” he said.

It’s also a living history museum with photos from bygone eras adorning the walls, memorabilia galore and a fitting tribute to locals who have made a positive community contribution. Those deemed worthy are invited to hang their hat on the eastern wall. When they pass away, hats are moved to the western side with an accompanying plaque.

Fullager is proof that Birdsville is something of a collector. He came here as a traveller in 2013, picked up a three-month gig with the pub and simply never left, caught in the net of the area’s allure.

“It kind of got into my blood,” he says. “For me it is the challenge of running a business of this calibre in such a remote location. You do face a new challenge every day. It could be a flood so we won’t get deliveries from Adelaide for weeks, or a phone call to do volunteer ambulance driving out to the desert to someone who is in need of help.”

Fullager says the locals are very welcoming of tourists and really enjoy the unofficial season from March to October.

“People on the stations really like it when the tourists roll through because more things happen in the town,” he says. “That’s really good for them because it breaks the monotony of living in such a remote location.”

Greenaway says Birdsville’s “country hospitality” is an attraction, but so is the fact that tourism helps the community.

“Tourism is our second largest industry,” she says. “Like most outback towns our population is declining, and without growth in the tourism business struggle, and there are less and less jobs. So while we have a rich history, tourism is the future of Birdsville.”

There are myriad other events in town throughout the year, including horse and motorbike gymkhanas, rodeos and camp drafts. Most of these are organised by the Birdsville Social Club, run by Locals Don and Judy Rayment who act as the President and Secretary. The pair also manage Adria Downs Station, the immense 1.5 million hectare cattle property owned by another ‘veteran’ local David Brook.

There are also one-off events such as the upcoming Ringers Ride for a Cure fundraiser for cancer charities, 23-28 June. Three locals will ride from Bedourrie to Birdsville to support loved ones who have been afflicted with and affected by cancer.

Travellers are invited to stop and say hello and donate to this cause. There will be a BBQ at Carcoory Ruins on Tuesday 25 June with guest speakers, campfire and live music.

STEP INTO THE DESERT

The Big Red Dune, located on Adria Downs Station about 35km from town, is a huge highlight all year round. Standing 30m tall it’s impressive, and the sunsets there are  simply magic.

Josselyn says many caravanners are enamoured with the idea of seeing the desert, but not necessarily using their own vehicles to traverse it. Which is where  tours, such as the Big Red Sunset Tour and overnight desert trips, come in.

“The desert is certainly an appealing place, and they want to get to the edge of it and go and have a look at it and be happy that they have seen it.

“If they want a bit of thrillseeking then we will access the face of the dune with one of our Toyotas and run them up and down it. It’s pretty good fun — it looks scarier than it actually is!”

For something a little different visitors might also like to jump on the back of a Birdsville Adventure Tours Harley for a tour around the historic town.

Yep, you heard right. The Birdsville Bakery has a reputation for serving up some of the tastiest — and obviously unusual — pie varieties in the outback. Aside from the signature camel pie, there’s kangaroo and claret, lamb shank, shepherd chunky, butter chicken, chunky beef, minced beef and sausage rolls.

Other ‘Aussie’ fare includes lamingtons, apple turnovers and quandong tarts, caramel tarts and wattleseed custard tarts. It’s also licenced, so you can grab a cold one to wash down your pie. Established 12 years ago by Dusty Miller, the Bakery can serve up to serving 12,000 pies during major events. It is open seven days a week from March to October from 7am.

There are plenty of other local attractions to keep RV travellers busy. Here are just a few.

The Birdsville Billabong: Gorgeous sunsets, wonderful birdlife and a great spot to drop in your kayak, have a lazy afternoon angling or swimming to wash off the heat of your day in the desert.

Waddi Trees: Located just 12km from town, the rare Waddi Trees can be up to an incredible 1000 years old.

Lake Eyre: Now is your chance to witness an iconic Australian natural phenomena as the lake fills with floodwaters. The town of Marree is 520km south of Birdsville on the junction of the Oodnadatta and Birdsville Tracks (offroad vehicles and vans only).

Birdsville is classified as an RV Friendly Town by the Campervan and Motorhome Association of Australia (CMCA) so it offers excellent RV facilities.

The Birdsville Caravan Park offers 84 easily-accessible powered sites suitable for rigs of all sizes including water. In the off season, prices are $35 for two persons per night, and up to $55 per night during major events. The park also has unpowered sites spread over 30 acres. The costs range from $25-$40 per night for two people in offpeak/peak seasons.

There’s free camping on the Birdsville Common on the Birdsville Development Road. Many spots have water (but no toilets) and are set amongst the Gidgee Trees. There is almost no firewood for about 5km around Birdsville, so collect some in advance. Local Waddi Trees are protected.

Dump points are located on the eastern and western side of the town common, near the racetrack and the rodeo grounds. For supermarket provisions, stop in at Birdsville Roadhouse or Birdsville Fuel Service.