Close enough to Sydney to make a long weekend visit worthwhile, yet far enough away to find some welcome peace and quiet, the Macleay Valley is a mix of beach and rural tranquillity.

Around 300km north of Sydney, this mid-north coast destination is an easy freeway drive all the way from Hornsby — well, Hexham aside. Heading south, it’s also mostly freeway from Brisbane. But from central NSW, the journey can be daunting on the Oxley Highway’s long descents of the Great Divide into Wauchope, and then north to the Macleay.

Whichever way you arrive, the region has seemingly endless accommodation and camping spaces, but they are matched in peak times with endless lines of traffic. If you plan to visit at Christmas, you’ll need to book months in advance. 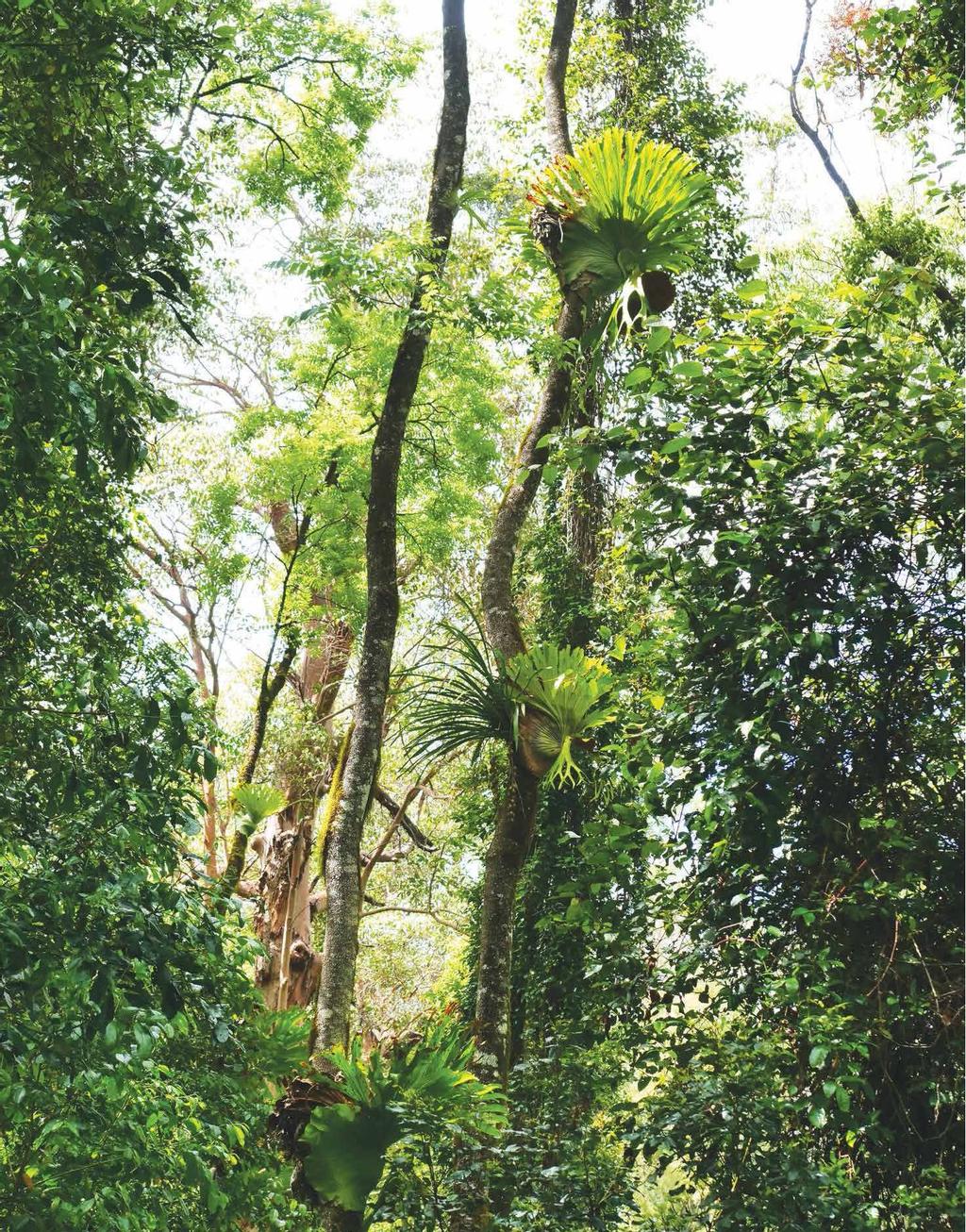 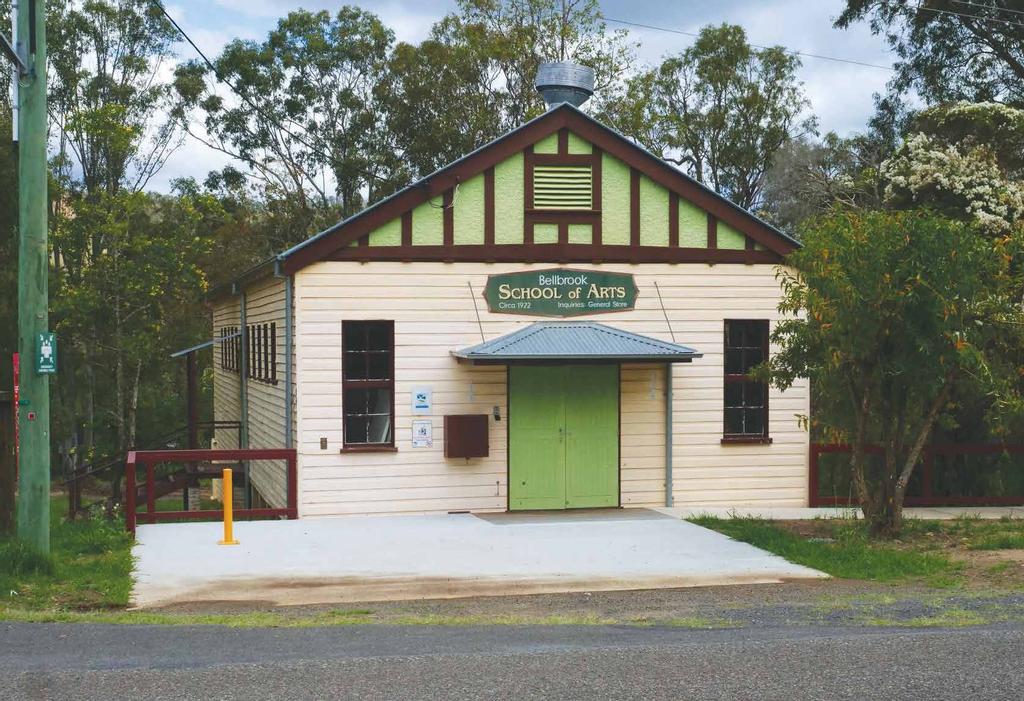 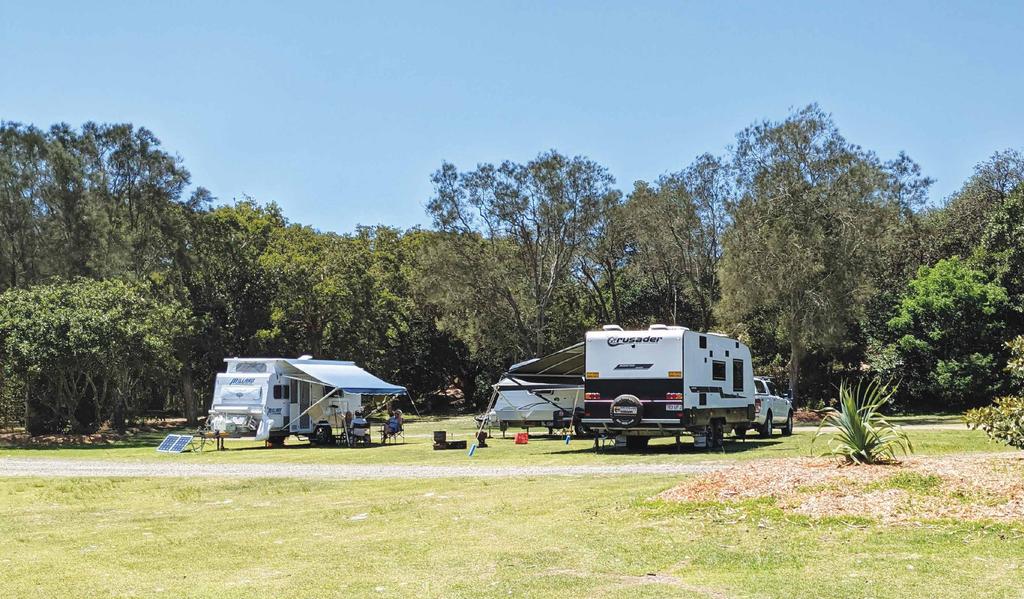 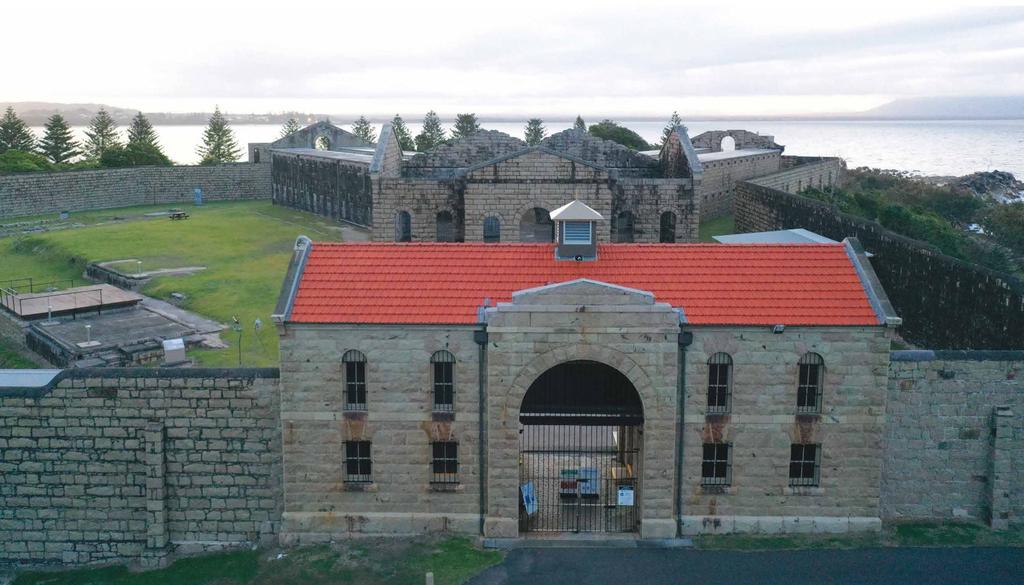 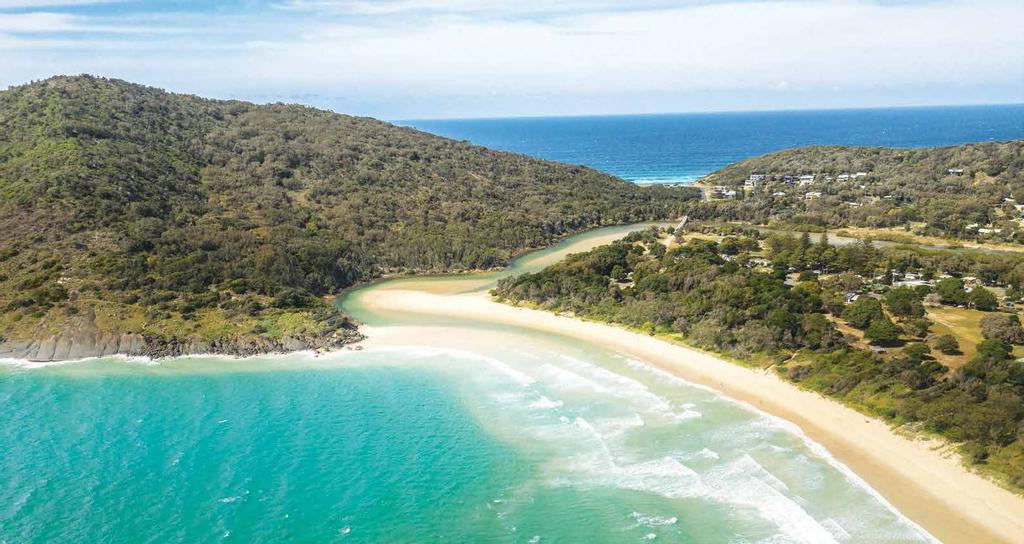 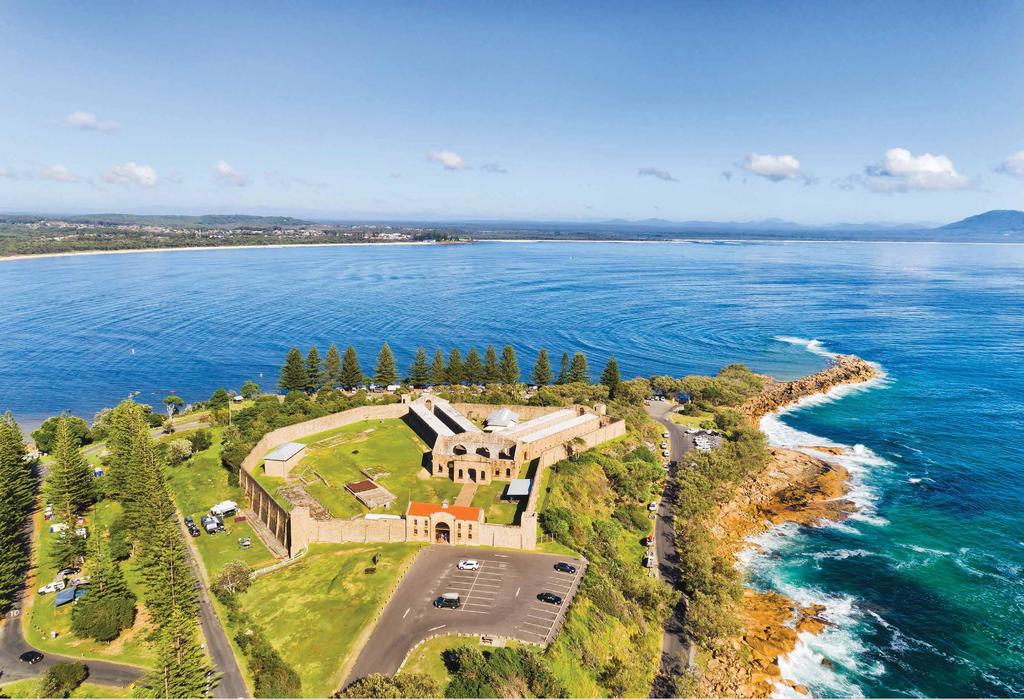 For southerners like me, even winter seems relatively warm. While locals walk the beach with hoodies and tracky dacks, the waves can be brisk but temperate enough for a dip on a windless, sunny day.

Home to the Thungutti/Dunghutti people for generations, the virgin forests that greeted the first Europeans must have been a sight to behold. The rainforest trees were a wealth of nature, and it wasn’t long before the magnificent stands of big Red Cedar were felled and carted away. Cleared land was turned over to productive farming ventures.

Aboriginal history is traced back over 6000 years. Ancient sites include middens at Clybucca and a fish trap at Limeburner’s Creek. The period from the 1830s to the late 1860s saw frontier battles and many recorded massacres, including the killing of dozens of Djangadi at Kunderang Brook in reprisal for sheep duffing. It is estimated that of the original 4000 local Aboriginals, as many as a third were killed in the first two decades of European arrival. Memories survive in historical documents and in the strong oral history of the Aboriginal community.

On its winding 296km journey from headwaters near Uralla on the New England High Country, the Macleay River drops over spectacular waterfalls of the Oxley Wild Rivers National Park. In all, it gathers 26 creeks and rivers together before reaching the lower country west of Bellbrook and the winding flood plain between the regional centre at Kempsey and its mouth at South West Rocks.

But 200 years ago, it was a very different story as the river mouth was a wide delta between the present outfall and its main mouth at Grassy Head many miles to the north. When a monster flood broke through at South West Rocks in 1893, the authorities decided on a permanent solution and built stone training walls to ensure the river flow.

According to local folk law, the Macleay in flood is the second fastest flowing river in the world, beaten only by the Amazon. These regular floods replenish the wide river flats with nutrient-rich silt.

Some indication of how vast the river can be in flood is seen at the Macleay Valley Bridge built in 2013 to redirect the Pacific Highway. The 93 piers span 3.2km at Frederickton. It took ten years to complete and remains the longest road bridge in the country. It also may have the longest name, as its secondary title in the local Dhanggati language is Yapang Gurraarrbang Gayanddugayigu (or long track to the other side).

The Bellbrook School of Arts

Kempsey is the commercial centre of the Macleay and sits either side of the river about 17km inland, but about 40km by the winding waterway. First established as a private town in 1835, when 35 blocks of land were auctioned by Enoch Rudder on a hill on the southern bank, Kempsey has grown to a population of around 18,000. Apex Park, with sweeping views of the town and west to the New England Ranges, is on the site of Rudder’s original house.

Slim Dusty is an Australian country music icon to an older generation and hailed from the rich dairy land to the west of Kempsey.

Born David Gordon Kirkpatrick in 1927, Dusty sold over seven million records across one hundred albums and died in 2003. His legacy is celebrated across the valley, notably in an impressive building opened in 2015. On the old highway to the south of Kempsey, the sprawling complex includes a museum dedicated to Slim’s life, art gallery, gift shop and council run information centre.

Staunch followers might also like to experience ‘Homewood’, the Heritage-listed family farm at Nulla Nulla Creek north of Bellbrook. In an interpretive sound track down the hill from the house, Slim tells of life on the farm and how he wrote one of his most famous songs, “When the Rain tumbles down in July.

Two local organisations combine their resources in the Val Melville Centre in Kempsey. The stylish Glenn Murcutt designed building is home to the Macleay River Historical Society and the Dunghutti-Ngaku Aboriginal Art Gallery (DNAAG), making a visit a double-barrelled experience.

Historic displays include a rebuilt 1910 cottage with appropriate pre-WWI period furnishings. Various themes through the displays include links to dairy, sawmilling, education and transport. Archives house over 40,000 photographs and the research department can help track down local family histories.

DNAAG specialises in Aboriginal art from the mid-north coast. Displays cover established and rising artists, including the paintings and photographs of Gus Kelly, and emerging crossover artists like Mable Ritchie. Artworks and decorative clothing items, cards and beach towels are available for purchase.

FROM GAOL TO TOURISM

The work at the new river mouth wasn’t the only project to challenge the forces of nature — in 1861 a project was formulated to turn Trial Bay into a safe harbour in an Easterly blow. Rather than having anything to do with the prison, Trial Bay took its name from the brig Trial that was wrecked on the beach in 1814 after being stolen by a gang of convicts. The ambitious plan for the new harbour involved the construction of a public works prison and an extensive breakwall. By 1877, the government had committed funds and quarrying of the nearby basalt cliffs commenced.

Cost blowouts and engineering miscalculations meant that by 1903, the breakwall was 300m long and only 20 per cent complete. On top of that, changes to the water flow because of the works had caused silting of the proposed harbour. The site was abandoned, and the surrounding buildings were demolished, but between 1915 and 1918, the gaol became an internment camp for 550 German prisoners and residents.

Cook was the first European to the area when he sighted a high headland from the Endeavour and named it Smoky Cape in May 1770. By the late 1800s, shipping between Sydney and Brisbane had grown but the passage was dangerous. Because more than 20 ships had run aground on this section of coastline with significant loss of life, a lighthouse was planned. Work started in 1889 and the lighthouse was commissioned in 1891. Standing 128m above the ocean, it’s the highest in NSW.

Access is open and the two keepers residences are available for holiday bookings through NSW National Parks. A steep walk leads to the light with commanding views of the coast and a popular whale spotting point during winter.

The stunningly beautiful coast along the original Macleay River delta is holiday heaven and every year thousands flock to sites they have visited for generations. The more isolated community at Grassy Head is relatively unspoiled but offers a neat caravan park close to the water. There’s also a caravan park at nearby Stuarts Point with abundant fishing and water sports on a remnant arm of the river.

Offering a choice of camping opportunities and rental accommodation, South West Rocks is the main holiday hub. The Horseshoe Bay Holiday Park is right on the beach and has sites that would rival the best anywhere and it’s only a short walk to the Surf Club and the town centre.

The Ingenia Park is close to Back Creek where the family can enjoy safe swimming or the thrill of a jump from the elevated bridge. A large NRMA park is closer to Arakoon and has loads of family activities.

Keep this one to yourself, because it’s my favourite winter escape, but Hat Head is a sleepy village with a take away and a general store, bowling club and a caravan park right on Korogro Creek. Jump in the creek and float on the tide for a great relaxing summer experience. You need a permit for a 4WD on Hat Head Beach, but it’s worth the dollars for the fishing and solitude. At low tide you can easily travel the 16km to Smoky Cape.

There’s more to the Macleay than beaches so, how about a drive though the forests or back in time? An easy drive along the blacktop takes you out to Bellbrook and the country hospitality of the Bellbrook pub for an oversize country lunch. Historic buildings make great photo opportunities, and the Kempsey information centre has a brochure for a self-guided walk. Slim Dusty’s boyhood home is a 12km drive into the bush along Nulla Nulla Creek Road.

A Forest Drive starting at Collombatti Rail takes you into Ngambaa Nature Reserve; it’s dirt but easily passable if its dry. Cedar Park has picnic facilities and a walking track winding along Stockyard Creek though stands of red cedars, and various ironbarks. Watch out for Stag and Elkhorn ferns high in the canopy and it's said you might see a koala.

Finally, a drive to the top of Yarrahapinni on a clear day will reward you with views across the valley and down the coast. The drive also takes you through changing forest to the tranquillity of the Pines Picnic area where Hoop Pines meet Bangalow Palms at a crystal-clear creek. It’s a fair way from the coast, so it’s best to take lunch and make a day of it.